The artistic boom in New York in 1970's and 80's through the personal experience of a group of friends who lived one of the most creative periods of contemporary art. The Karamazoffs, and other pioneers from that era, like Jonas Mekas and Jaime Davidovich, recall that colourful atmosphere armed with exceptional vintage footage. 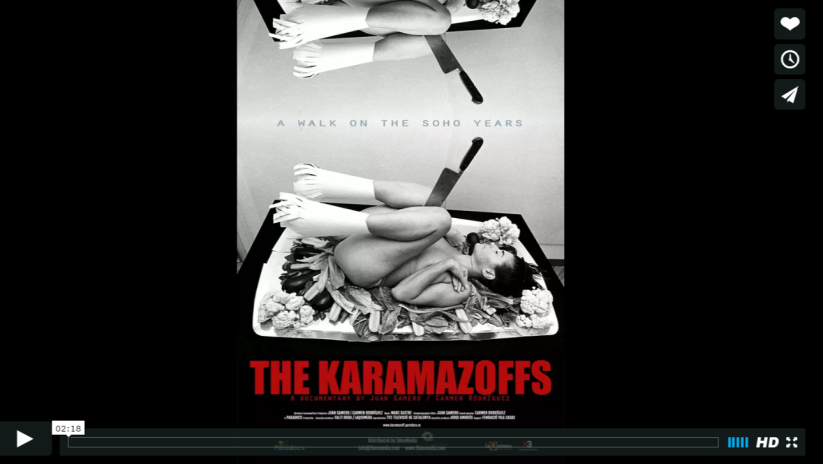 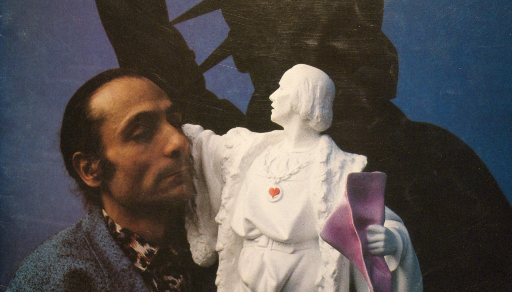 His Honeymoon Project displayed the marriage of New York’s Statue of Liberty and the Columbus Statue in Barcelona). Pioneer as a food artist, he has staged events such Wheat & Steak parade in Kansas City or Breadline in Houston. 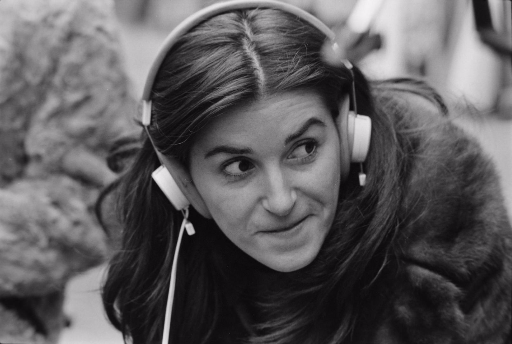 Published the book Al límite del juego in 1994, where she profiled seven leading avant-garde artists at SoHo's scene in the 1970s. 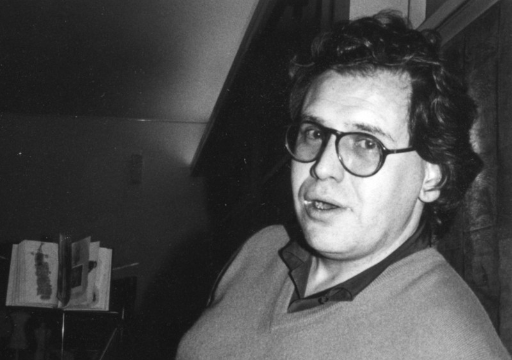 In 1968, Zush created his own state: Evrugo Mental State. In 2000, changed his own name to Evru. Has exhibited in New York (MoMA and Guggenheim). 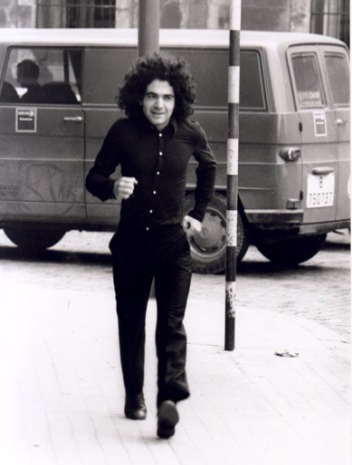 Painter and sculptor. In 2009, while painting a landscape in Brazil, he witnessed a spaceship and two aliens near him. He has since then obsessively recreated this experience. 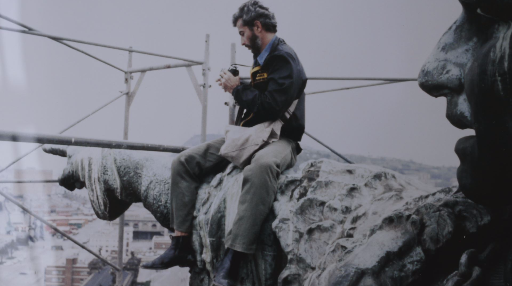 Pysician specilising in infectious diseases. He treated the first AIDS patients in New York. He is also a great photographer and lives between Barcelona, Uganda and Haiti. 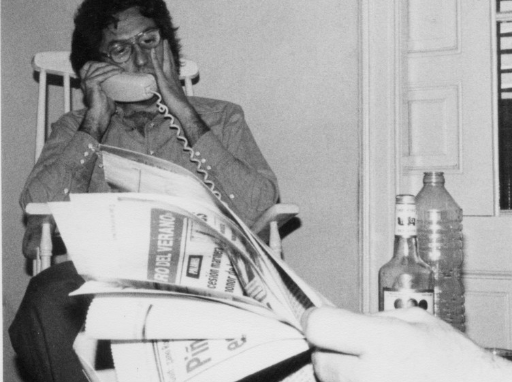 He participated in the emergence of video as a new artistic genre. He has been conducting projects involving a critical reflection on key issues in shaping contemporary experiences for over four decades. 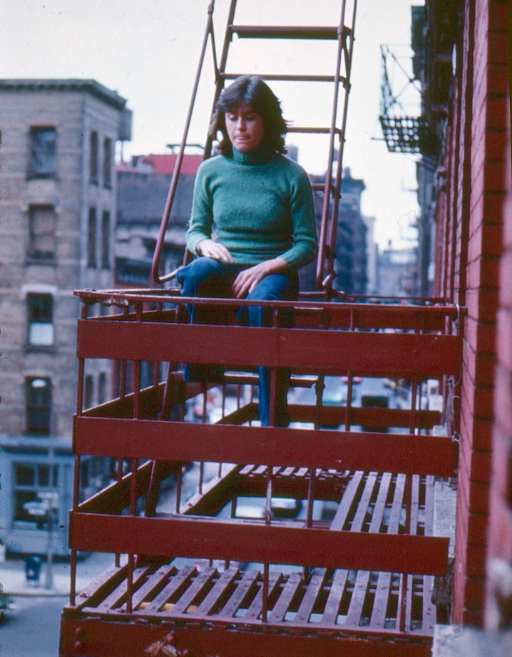 Although a photographer, she considers herself a journalist. A tireless traveller, her best work was produced in Maldives, Brazil,  and a great bunch of  African countries. 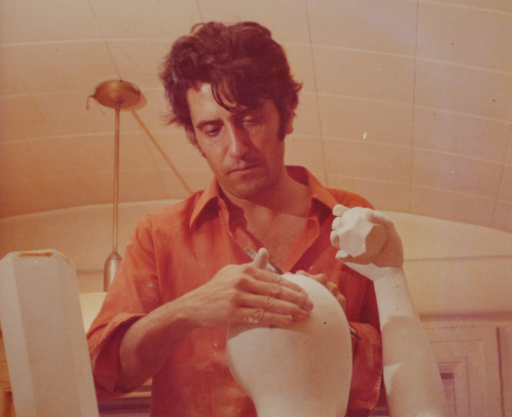 Xavier comes from a family of sculptors and has public sculptures on display on both sides of the Atlantic: Memorial to Martin Luther King (Atlanta) or Homage to Dali (Figueres) among others.

Friends, mentors and other shining stars. 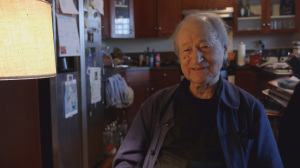 Lithuanian filmmaker, was Georges Maciunas' best friend, and a close collaborator of artists such as Andy Warhol, Yoko Ono, Lennon or Salvador Dalí. Arrived in New York in 1949. 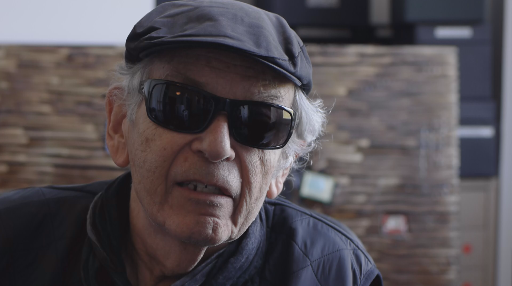 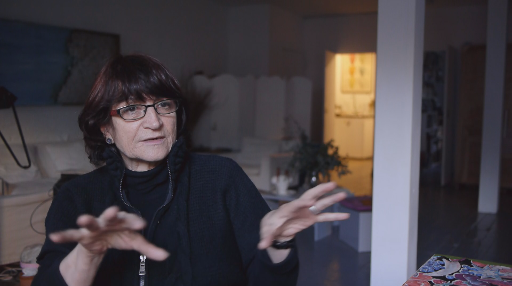 French independent curator who lives and works in New York and Madrid. 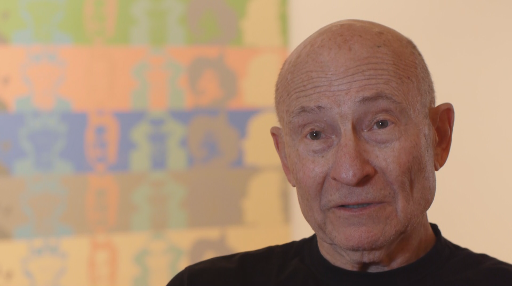 U.S. art collector and owner of the only gallery from the 1980s still remaining in SoHo. He has the biggest collection of Andy Warhol works. 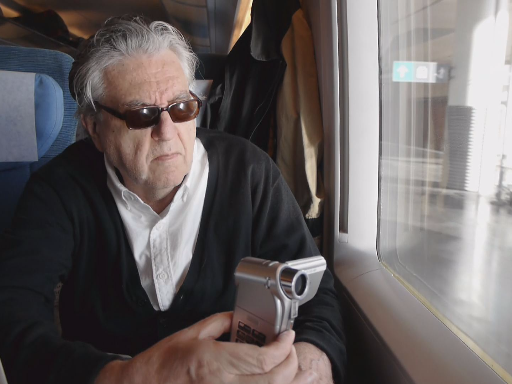 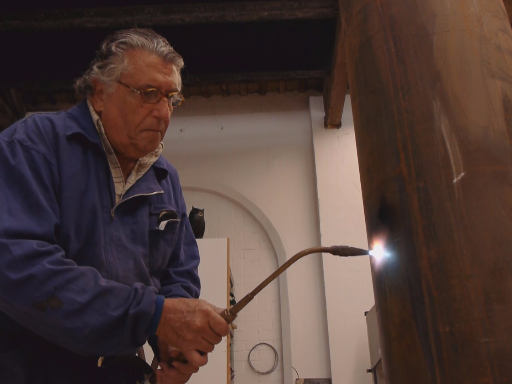 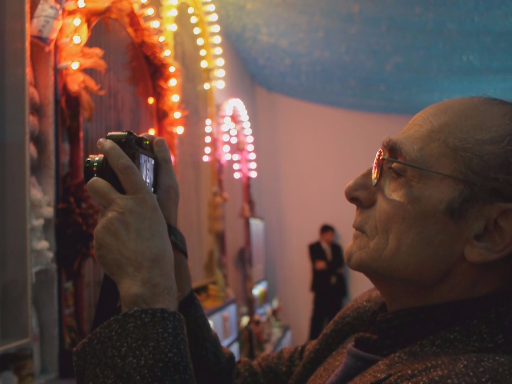 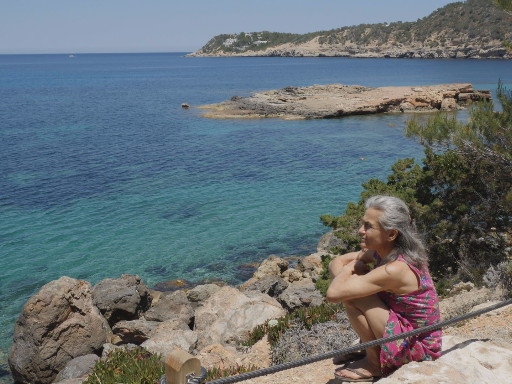 Juan Gamero has a long experience working as director in TV and cinema. He is also cameraman, screenwriter, editor and producer. He started filming shorts in 8mm and working as director assistant in cinema. In 1975 he began to work in TVE, the Spanish Public TV, where he directed science, art, music, news, sports, children programs and many documentaries, mainly on art, culture, history and social issues.

As an independent producer, he produced and directed some video-art, video-clip and short fiction films, two of them officially selected for the Festivals of Berlin 1982, Melbourne 1982 and Donostia/San Sebastián 1983. He also worked for the magazine Ajoblanco as photographer and writer.
In the early 90s he directed his most personal work, the series Prisma (1990/91, TVE): the observation of human behaviour and nature from different points of view. 26x30’ documentaries and fiction films with a purely visual narration. Some of these films are: Turkana, The Beach, Galápagos: The Darwin's Journey, A-Tila, Barcelona 1800- 1900, Is land, Ol Doinyo Lengai, Tourist, Costa Brava or Ireland, Stone In Time. Prisma was selected for the INPUT 1990 (Edmonton), Prix Futura Berlin 1991 and exhibited at the Expo Sevilla’92 and Centre Pompidou (Paris).

He participated at the closing ceremony of the Barcelona’92 Olympics with the film of the Games (RTO, Olympic TV). Other selected filmography: Living The Utopia, the memoirs of anarchists during the Spanish civil war (1997, doc., 94’, Arte-TVE, La Mirada Film Festival, Melbourne 2008; Festival Images Mouvementées, Paris 2009) and “Carme Riera, Scenes For Happiness” (2001, doc., 50’, super16mm, TVE).

In 1999 he founded with Carmen Rodríguez the company Paradocs. Director, screenwriter, cinematographer and editor, among others, of Bali, Spirits and Craftsmen, (52', Paradocs 2007), Searching for the first european (2011, 58', Turkana films. Gold Medal World Media Festival Hamburg 2012, Special Jury award Docscient Roma 2011 and Bronze World Medal New York Festival 2013) and The Karamazoffs (2016, 83’, Paradocs-LaQuimera-TV3 Televisió de Catalunya). In 2011 some of his works were exhibited at the Sta. Mónica Art Center in Barcelona. Since 1997 he is member of the EDN (European documentary network)

Carmen Rodríguez is a filmmaker. Screenwriter of the award-winning documentary Babel 2015 on the skyscrapers of the future (DTV-Natura, 2000). In 2000 he founded Paradocs, along with Juan Gamero. Co-director, co- writer and documentary researcher of Living in Bali (25'), Galápagos journey to the origins (51'), Bali, spirits and craftsmen (52'), Ecuador: journey to the Amazon forest (29') and direction assistant for ESOF 2008, the film for the Euroscience Open Forum congress. Currently investigating 3D modeling for motion graphics and printing prototypes and co-directing and writting The Karamazoffs (2016, 83', Paradocs-La Quimera-TV3 Televisió de Catalunya)